Drone – that’s how the unmanned, remotely controlled aircrafts are called.

The drones have gone through an explosive growth thanks to the reduced size of the batteries and the increased capacity.

Another factor is that through the development of the mobile phones the accelerometer and other sensors have become accessible. Remote-controlled planes and helicopters exist for a long time now, but those models were unable to carry payload.

Nor the stability of the models has enabled successful imaging. The multi-armed drones were a breakthrough in aerial photography. The four-six-eight-rotor drones fly stable and can be maneuvered very gently.

The camera is suspended in the gravity center on a remote control platform which can turn vertically and horizontally.

The drone is controlled by two people: the pilot watches only the movement of the machine and the camera operator is responsible only for the image cutting and the sharpness.

The drone transmits a live video feed, the operators and the staff sees exactly what the camera does on the machine. 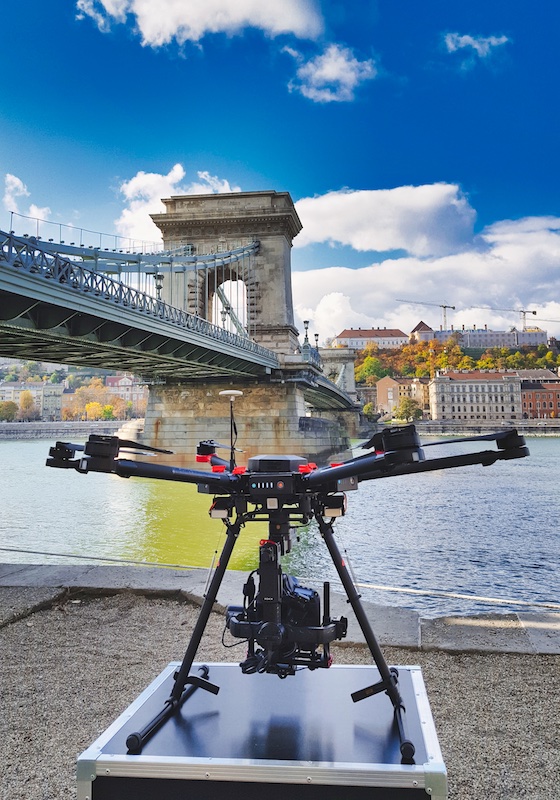 Look at our services

Please click on the icon below for more information