The drone can replace camera moving equipment used in the film industry such as helicopters, dolly, technocrane or cineflex system.

In addition, it does the same job only for a fraction of the cost of the former systems. It is easy to use, does not require special licenses, location insurance, external power source.

The drone can stay in the air 15 minutes with a single charge. Our biggest drone can carry up to 7 kg so it means DSLR or even RED EPIC can be mounted on it.

The drone transmits HD quality live video feed which is done by the pilot and the operator working together.

Thanks to the six arms of the drone is can fly very stable and the gyroscopic stabilization system makes sure that the shots are absolutely vibration-free.

Aerial cinematography is circumstantial and expensive. The cost of the operating hours of the aircrafts capable of camera starts at 400EUR and there are strict rules for the altitude over populated areas.

The speed of the aircraft is also a technical challenge. The stalling speed of the Cessna 172 which is used most commonly for such purposes is 150 km/h – so the machine has to be quicker than that.

Due to the high speed the cinematographer has only a short time to compose and to use a high shutter speed.

The drone is a cheap and good alternative to the helicopter and a plane. 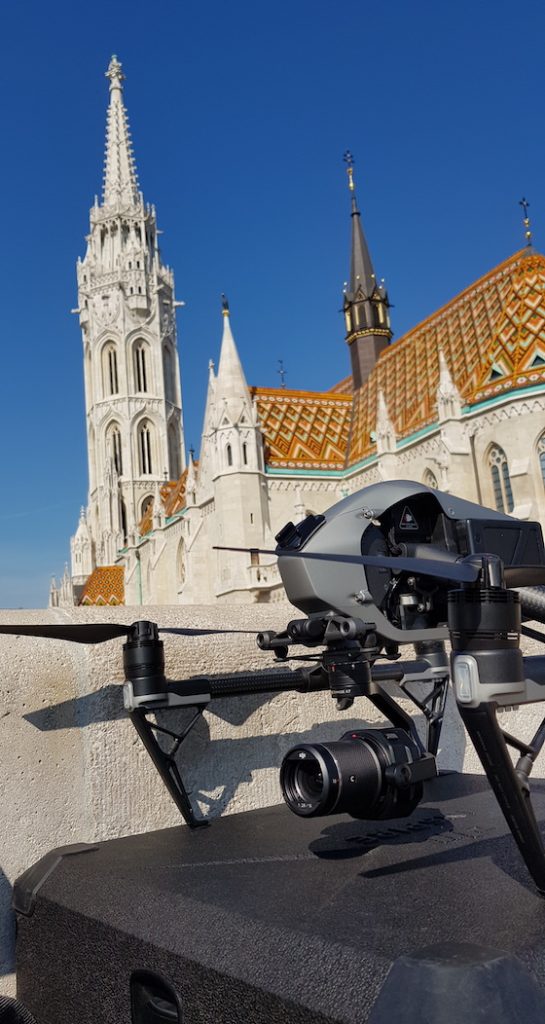 Please click on the icon below for more information